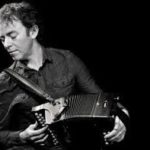 Huge announcement now as we welcome one of the most exceptional musicians in traditional music, Dermot Byrne as our box tutor this summer! 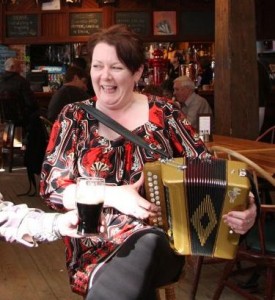 Donna is recognised as an accomplished musician of the traditional Irish music genre, she has played with many of the greats from within the tradition and has recorded for a number of artistes as well as having performed for both television and radio. Donna has been playing on the national and international circuits for 22 years and among her many trips she has been to Europe a number of times, most recently as a coordinator and teacher at the George Caruthers music school in Elmstein, Germany. She has toured in Romania, Germany, Spain, Canada and Africa, and has trips pending in Canada, the Shetland Islands and USA.

Donna graduated From Magee University in June 2011 with an honours degree in Music (Bmus).Donna released her debut CD in the autumn of 2010 – ‘Tell it Like it is’ – an honest and worthy collection of musical favourites drawn from her years of performance and it includes a number of her own compositions as well as familiar stalwarts from the rich Irish tradition. 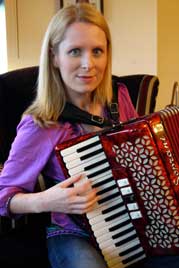 Marie McTeague (formally Clarke) hails from Letterkenny, Co Donegal. She began playing the piano accordion and tin whistle at the age of 5 & competed in the Fleadh Cheoil over the years, winning the Senior All Ireland Title in 1997 for the Piano Accordion.

Marie studied Music & Irish at UCC and furthered her studies there with a H.Dip in Education. In 2002 she completed the Performance MA in Traditional Irish Music from the University of Limerick. She also holds the TTCT diploma in teaching Traditional Music from Comhaltas Ceoltóirí Éireann. Marie was part of ‘The Rising Step’ Dance and Music show, which ran successfully in An Grianan Theatre in 2008 & 2009. She has played at many musical events in Ireland and abroad including Milwaukee Irish Fest, Shetland Island Accordion & Fiddle Festival and Eurofest in Greece & Italy. She played and recorded with several artists and groups over the years in including Fiddlesticks, Eamon Friel, Arcanadh & Ceoltóirí an Aonaigh.

Marie is currently based in Letterkenny and teaches music in Coláiste Ailigh.