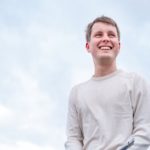 Hailing from County Dublin Kevin is a current trailblazer in the modern Trad Scene. Only in his 20’s he has already become a master of the whistle and bodhran. He has toured extensively around the world with his bands Athrú, Tróda, and as a solo artist and regularly appears on stage with renowned Belfast singer Gráinne Holland. He has just released his first solo tin whistle album called Spanish Point this year which features a super line of musicians from Ireland and Scotland.