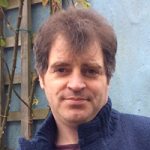 Niall plays concertina and bouzouki and has been teaching in Gaoth Dobhair for a number of years, where he has a thriving group of young concertina players. A Dublin native, he moved to Donegal in 2002 where he works as a freelance sound engineer and archivist with the Irish Traditional Music Archive. More recently he has returned to study music part-time at Ulster University focusing on 19th century mandolin technique under classical mandolinist and composer Chris Acquavella and is currently performing with experimental music collective ‘Árchú’.

Limerick native Cillian King has been playing music from the age of 6 and is currently one of the most in demand multi-instrumentalists in Ireland today. As well as being an accomplished concertina player, he is also proficient on guitars & keyboards and has toured the world with many acclaimed bands & artists. While being a member of innovative bands such as Atlas & Notify (with fellow concertinist, Pádraig Rynne) who’s albums have been released on the world renowned world/jazz record label ‘Ropeadope Records’ (Snarky Puppy, Shaun Martin, Mark Lettieri), he has toured with Ulaid & Duke Special, Aldoc, Ímar, Pauline Scanlon & Moxie. 2015 saw Notify release ‘InConcept’ who have since toured successfully throughout Ireland & Europe and in 2016 Cillian released ‘Affinity’ with his band Atlas in 2016 to critical acclaim.