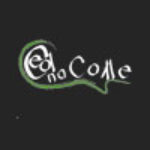 Ceol na Coille Summer School was a wonderful and comfortable place for our daughter to learn traditional Irish fiddle. Una and Paul are superb musicians, gracious hosts, and excellent teachers. As parents, we were pleased with the organization of the school and the zeal of the instructors. Our daughter benefited from enthusiastic instruction from professional musicians, who emphasized the technique of traditional Irish music, but also made it a fun and rewarding experience for the students. And coming from abroad, we were pleased at the sense of community that the summer school fostered. We felt very welcomed, and as a young musician, our daughter loved the chance to learn new music, play in a session at a pub, and make new friends.

Very personalized and differentiated for every need in the group

An excellent week with fantastic tuition – loved it!

An excellent week, which was enjoyable, practical and well structured. Would definitely recommend the course to others, I’ll be back!

Plans are well under way for Ceol na Coille Summer School 2015. We have an exciting line up of Tutors, Concerts, Session Trial and Recitals this year with a few extra classes added this year also.
Check out this years tutors here
More info on the week 13th-17th will be posted shortly. Keep an eye on facebook/ceolnacoille for further updates.

Classes will commence  again after our summer break this coming Monday, 8th September. All returning  pupils are asked to contact us to reserve your place. If you wish to enroll as a new pupil please contact us  as soon as possible as places are limited.

These Classes are designed to give your child an opportunity to try different instruments and introduce them to music in a relaxed and encouraging environment. Class sizes are small and ensure your child gets the attention they deserve.
The classes will run for 5 weeks. Contact us for details on dates for 2014

Another Lovely evening of music in Wilkins Bar, Churchill today for our monthly session on the second Sunday of the month. Thanks to all the young musicians who turned out and their parents for coming along. Great to see so many of the the adult musicians also coming along. It is always great to see some new faces. The session will be on every Second Sunday of each month with the exception of April, were the session will move to the 1st Sunday. Keep it in your diaries. All budding Musicians, young and old welcome. 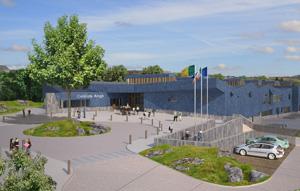