Séamus McGuire and John Lee will be launching their highly acclaimed new album ‘The Legacy of Stephen Grier’ at this years Ceol na Coille Summer School 9-13 July. The Launch will take place at 3.30pm on Tuesday 10th July in Coláiste Ailigh. The daily recitals and launches are free and open to the public. More info on Ceol na Coille Summer School at ceolnacoille.ie  For more info on Séamus McGuire and John Lee and The Legacy of Stephen Grier  click here 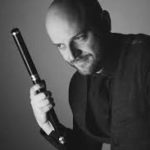 Delighted that Hamish Napier is joining the team of tutors at this years summer school in Letterkenny. Hamish, described as “One of Scotland’s busiest and most multi-faceted folk musicians.”- Sunday Herald,  will be performing a few tracks from his new album ‘The Railway’ at a launch on Monday 9th July at 3.30 in Coláiste Ailigh, Letterkenny. For more info on Hamish see hamishnapier.com All recitals are free and open to the public. More info on @ceolnacoille Summer School 2018 can be found at www.ceolnacoille.ie

Great news just in for Ceol na Coille Summer School 9th-13th July. In addition to the many events taking place over the week – workshops, recitals, concerts, festival club and sessions –  we have added two CD Launches and Book Launch to this years summer school list of events. Details of CD and Book Launch will be revealed this Friday 1st June. For more info on this years summer school, visit www.ceolnacoille.ie

Delighted to have my new website up and running. A huge thanks to Gavin McLaughlin at Net Space Design for all the hard work in getting it together. Feel free to come over and have a look www.ceolnacoille.ie 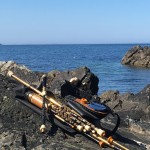