One of Donegal’s best-known music weeks, Ceol na Coille Summer School & Trad Camp, has made a successful return after the Covid lockdowns, with students from as far away as Japan, the US and Italy attending the recent series of music classes, workshops and concerts in Letterkenny.

Organiser Paul Harrigan said: “It was great to have the Summer School back in full swing this year with face-to-face classes after the two years of restrictions. We were able to welcome back wonderful tutors from not just Donegal but around the country. And students of all ages enrolled from near and far, with some flying to Ireland specially to take part in the 10th Anniversary summer school”

“There was a great buzz around Coláiste Ailigh, which was our base for classes during the week. We also had recitals, family sessions and wonderful concerts, as well as the usual sessions in pubs around the town.” Another addition to this years activities was the Braon Beag Gailge – ‘A wee drop of Irish’ conversation circle hosted each afternoon in Coláiste Ailgh by Líonra Leitir Ceanainn.
Tutors this year included some of Donegal’s best-known musicians, such as Dermot Byrne on button accordion, Roisin McGrory on fiddle, John Lee on flute and Martin Crossin on uilleann pipes. Visiting tutors included fiddler Yvonne Casey from Clare, traditional singer Deirdre Scanlon from Tipperary, and banjo player Oisin Murphy from Emyvale in Monaghan. “The afternoon tutor recitals were a great treat again this year and we would like to thank the Donegal County Council, Donegal Tourism and the Dept of Culture for helping make this happen with LLPPSS funding support.”
One of traditional music’s renowned guitarists Steve Cooney was guest tutor for a fantastic one day masterclass.
In addition, the 10th anniversary concert featured Steve, who was on stage with Dermot Byrne, Yvonne Casey and Deirdre Scanlan in the Regional Cultural Centre. The RCC was also host to the very successful festival club family session which ran throughout the week.
“During the restrictions of the pandemic we marked the summer school week with especially recorded online performances and tutorials in association with the RCC. So this year being our 10th anniversary we were excited to celebrate our association over the years with this fantastic concert in the RCC ”

We are delighted to offer free public events at Ceol Na Coille Summer School & Trad Camp. The ethos of the summer school has always been family centered and inclusive.

Some events that are free and open to the public are our evening recitals 3-4pm Monday 11th – Thursday 14th July in Coláiste Ailigh. These recitals will feature tutors at Ceol Na Coille Summer School. Thanks to Donegal County Council Local Live Performance Programming Scheme and @DepartmentofCultureIRL for helping making this happen with funding support.

Come Try the Pipes Interested in learning the Uilleann Pipes, come and try on Wednesday 1-2pm.

Deirdre McGrory – Whistle
Deirdre is an emerging tin whistle player and singer from the Inishowen Peninsula, County Donegal. Deirdre has appeared with ensembles Coirm, Inishowen Traditional Music Project (ITMP) Ensembles and Cineál. In 2016 she was selected as part of Feis Spè Ceilidh Trail performing throughout the Highlands of Scotland. Deirdre has years of teaching experience, teaching whistle at Ceolan School of Music, Ceol na Coille Summer School and Millstreet Trad Fest. She has performed at music festivals nationally and internationally, such as Ennis Trad Fest, Imbolc, North Texas Irish Festival and ITMP’s Féile na hInse. She has recently graduated with a First Class Honours in Irish Music from the University of Limerick. In October 2021, Deirdre with her sister Ella, released their debut EP ‘Loinnir’. ‘Loinnir’ is a collection of their favourite songs which encapsulates their favourite childhood memories.
Don’t miss this opportunity to learn from one of the up and coming performers on the music scene. Book today at www.ceolnacoille.ie/summerschool
Go Visit DonegalWhat’s on DonegalGo visit Letterkenny, Heart of the Northwest.Deirdre and Ella McGroryWild Atlantic Way Inishowen Traditional Music Project What’s On Inishowen Líonra Leitir Ceanainn
DepartmentofCultureIrl
#ceol22
#tradcamp
#summerschool
#tinwhistle
#donegal
#letterkenny
#LocalLive 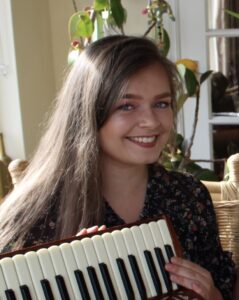 We are thrilled this year to welcome as Piano Accordion Tutor Catriona Gribben.
Catriona is a piano accordionist and singer from Gaoth Dobhair. Having grown up among fantastic local musicians she has a distinctive Donegal influence in her playing. Catriona is an experienced performer having competed in Fleadh Ceoil competitions from a young age and touring Ireland Scotland Germany and New York State with An Crann Óg. Catriona now lives in Belfast where she has studied music and gigged for the past 5 years. Catriona has recently spent time collecting and documenting ‘at-risk’ repertoire from the northwest of Donegal during her Masters in Research at Queens University. She recently released an album on Bandcamp containing some of this important song collection. Book now at www.ceolnacoille.ie/summerschool
@govisitdonegal Donegal County Council Regional Cultural Centre, Letterkenny Coláiste Ailigh What’s on DonegalComhaltasSeamus Mac Giolla Bhríde @DepartmentofCultureIRL
#ceol22
#summerschool
#tradcamp
#donegal
#letterkenny
#traditionalmusic
#pianoaccordion
#LocalLive 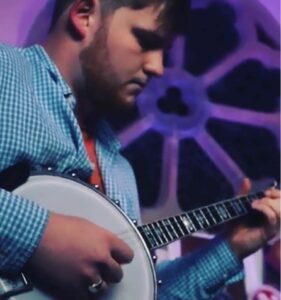 From the village of Emyvale in Co. Monaghan, Oisín is an established and Highly acclaimed banjo and mandolin player on the Irish traditional music scene. As a recent honours graduate in music from the University of Ulster, Oisín has performed throughout Ireland and rest Europe extensively. He has also toured England and performed in UAE. From an early age Oisín has competed and performed with great success and acclaim from peers and enthusiasts alike at various fleadh, feis and festival’s. 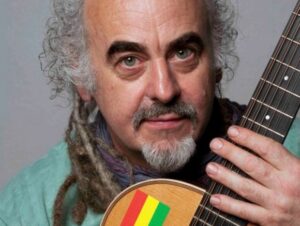 Calling all guitarists! We are delighted to have the one and only Steve Cooney joining us for a one day workshop on Thursday 14th July. 12 – 3pm. Not suitable for beginners. Limited spaces available, prior booking necessary. Book Today www.ceolnacoille.ie/summerschool
Steve is best known for his development of an influential style of guitar accompaniment to traditional Irish dance music which he developed in West Kerry, and  for which he won the National Entertainment Award with Séamus Begley in 1997.
Born in Melbourne Australia in 1953, he came to Ireland in 1980 and maintains his connections with the Aboriginal culture there, into which he was initiated. He has ancestral links with Tipperary, Cavan and Galway.
He has participated in making more than 250 CD’s, either as a guitar or bass player or as producer and engineer. Also a poet and songwriter, he has worked with many iconic international artists in rock and country music  but his primary focus is Irish traditional music, and fusions of that genre.
He recently released a CD of solo guitar interpretations of ancient harp tunes, Ceol Ársa Cláirsí: Tunes of the Irish Harpers for Solo Guitar.  He is also recording  fusion music with his band Éiníní.
He completed a Ph.D. in 2018 at NCAD on an intuitive musical notation system that he developed for early learners and those who experience difficulties with staff notation, and he lectures in tertiary institutions on the calculation of harmony and syncopation. In 2020 he was given the RTÉ Folk Awards ‘Lifetime Achievement’ Award.
#letterkenny
#donegal
#ceol22 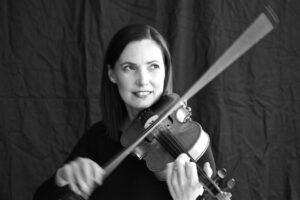 Roisin is from Inishowen Co.Donegal. Growing up in Inishowen, she was exposed to the rich culture of music and in particular to the great fiddle playing of Dinny Mc Laughlin. With her brothers Paul Harrigan (piano accordion and uilleann pipes) and Damien Harrigan (fiddle) Roisin has performed and taught at festivals and events throughout Ireland, Europe and America.
Roisin is a co-founder of the Inishowen Traditional Music Project established in 1999. Over the past 23 years Roisin has worked voluntarily co-ordinating and facilitating workshops, performances, concerts, collaborations, exchange visits & recitals and as project leader has over seen the delivery of two commercial recordings of Inishowen musicians Seamus Grant and Dinny Mc Laughlin.
In September 2016 Roisin released her debut album, ‘The Brae Road’ to great acclaim. Along with some new compositions the album is a collection of music drawn from Inishowen and Donegal fiddle music traditions.
Book Today to avoid disappointment www.ceolnacoille.ie/summerschool
Cairdeas Na BhFidiléirí Go visit Letterkenny, Heart of the Northwest. Go Visit Donegal Coláiste Ailigh Roisin Mc Grory Macruari AudioWhat’s on Donegal
@DepartmentofCultureIRL
#ceol22
#tradcamp
#summerschool
#donegal
#letterkenny
#LocalLive

Originally from Aughavas Co Leitrim and now living in Letterkenny, Co. Donegal. John grew up in an area that was rich in traditional music where his great influences were his father Peter, Michael McNamara and the flute player John Blessing. John has been involved in teaching music and as an adjudicator and music examiner for the RIAM and TTCT exams for many years. He has taught at the summer school in Tocane France and at various flute work shops throughout the country. He has also performed at various music festivals in Europe and toured America with Comhaltas. The album The Missing Reel with Sligo fiddle player Seamus Mcguire has been hailed as one of the all time classics of fiddle flute playing .John has a great interest in old musical collections and manuscripts and in passing these tunes on to musicians. He holds a TTCT diploma and his playing could be described as an attacking driving style with great emphasis on ornamentation and power and tone.
Book today www.ceolnacoille.ie/summerschool
Go Visit Donegal Go visit Letterkenny, Heart of the Northwest. John Lee What’s on Donegal
@DepartmentofCultureIRL
#ceol22
#LocalLive
#tradcamp
#summerschool
#Letterkenny
#Donegal 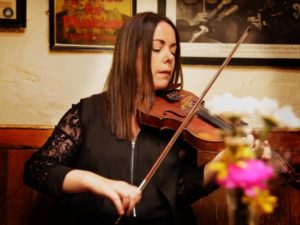 Delighted to welcome Yvonne Casey as one of our tutors this year. Yvonne will be giving the advanced fiddle workshop and also will be performing in the Regional Cultural Centre, Letterkenny on Thursday 14th July with Dermot Byrne and Steve Cooney.
Join us for a week of workshops, sessions, recitals and concerts 11th -15th July
Book Now at www.ceolnacoille.ie/summerschool
Discover IrelandGo Visit Donegal
#ceol22
#LocalLive
@DepartmentofCultureIRL 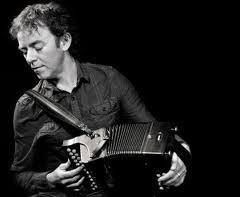 Making a return this year again as tutor is the the one and only Dermot Byrne on Button Accordion. Dermot will also be performing in the Regional Cultural Centre, Letterkenny during the week on Thursday 14th July with Yvonne Casey and Steve Cooney on guitar. Support on the night from the fantastic Deirdre Scanlan